You are here: Home1 / News2 / North American launch of the Z4

Ammerbuch/Hauppauge, November 23, 2017: The Z4, a milling and grinding machine that is particularly suited for same-day restorations, had its world premiere in March 2017 at the International Dental Show in Cologne, Germany. Its North American debut is now planned to take place at the Greater New York Dental Meeting (level 3, booth 1320), which will be held from November 26 – 29, 2017.

Numerous orders for the Z4 have already been placed in the past months. Directly after the trade fair in New York, vhf will begin with the long-anticipated delivery of the machines to its partners. The Z4 allows high-quality restorations to be created in mere minutes. This means that patients will soon receive long-term, high-quality dental prostheses even faster. The Z4 sets previously unattained standards for quality in the wet machining of blocks. In addition to restorations made from glass ceramics, PMMA, zirconium oxide and composites, the Z4 can also be used to finish prefabricated titanium abutments with the highest precision.

The material block will automatically be fixed (“1-click mounting”) and can be exchanged within seconds. After designing the restoration, the whole machining process will be controlled by an intuitive touchscreen on the Z4. It is no longer necessary to have a separate computer next to the machine – it just has to be connected with the CAD computer via Wi-Fi.

All details of the Z4 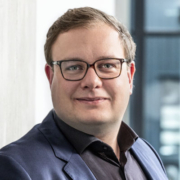