You are here: Home1 / Press2 / Support for Save the Children 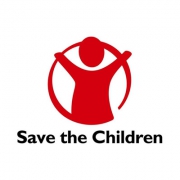 Ammerbuch, November 30, 2015: Christmas donation 2015 – For years vhf has been supporting charitable organisations at Christmas. On that account the company refrains from giving presents to their business partners at the end of the year. This year vhf wants to support children and families who are especially dependent on help. So vhf makes a donation to Save the Children, the greatest independent children’s rights organisation of the world.

The best Christmas present is a laughing child. However, millions of children worldwide are fleeing from catastrophes, war and violence. They urgently need enough to eat, drinking water, protective shelter or medicine. For instance the vhf Christmas donation helps Save the Children to establish child-friendly rooms in refugee camps and after natural catastrophes. They look after children who have experienced horrible things. In these rooms they can play, learn and above all: just be a child.

Save the Children is engaged in about 120 countries for the rights of all children for health and survival, school and education as well as protection from violence and exploitation. The organisation has a seal of approval from the German Central Institute for Social Issues which confirms an efficient application of funds and an appropriate handling of the donated money and items.

The organisation has been founded in Great Britain in 1919, shortly after World War I, by the teacher Eglantyne Jebb. Children in Germany were the first ones who were helped by Save the Children. They got clothing, food and medicine; Save the Children took care for orphan children and served milk in so-called cacao rooms. In the past 95 years, Save the Children has been helping children during all great catastrophes: After both World Wars, during the Vietnam war, in Rwanda, Iraq and Afghanistan, whenever and wherever children are threatened by conflicts, wars or forces of nature like earthquakes, hurricanes and flood waves, Save the Children will be locally present.

The extensive aid of this organisation is quite expensive. Thus vhf camfacture AG has decided to round up the amount which is usually spent for presents, their packaging and shipment to 5,000 euros again and to support Save the Children with it.

The executive board and employees of the vhf camfacture AG are pleased that they were able to make a meaningful contribution and are sure that their business partners also agree to having contributed to a good cause with the presents intended for them.