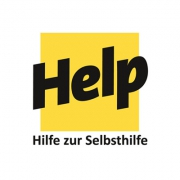 Ammerbuch, December 08, 2016: For years vhf has been supporting charitable organisations at Christmas. On that account the company refrains from giving presents to their business partners at the end of the year. This year vhf supports a project of the capacity building organisation “Help” in Chad where a climate-friendly water supply facility with solar-powered pumps is being installed.

Since 2004 “Help” has been supporting 13,000 Sudanese refugees in the East of Chad with drinking water. In the first years, drinking water still had to be laboriously transported with tank trucks over a distance of 50 kilometres to Am Nabak. Since 2010, however, wells have been installed which provide at least 160,000 litres of drinking water per day for the refugees and the local population.

With solar-powered pumps instead of the former diesel pumps, the water is climate-neutrally pumped into deep tanks. At the same time water thresholds are installed so that the rain will be distributed on a larger area in order to seep slowly and steadily into the ground. So also the soil gets fertile, it becomes possible to grow vegetables and the nutritional situation of the population will improve. On top of that, bridges are built for preventing the danger of floods. So the people can safely cross the river. Finally the collected rain is brought with the solar-powered pumps as ground water to the surface and so becomes a part of the supply of the people. This project has been awarded with the German Solar Price in 2013.

Thanks to the donation of vhf camfacture AG the organisation “Help” is able to purchase and to install a solar-powered pump for a ground water well. The executive board and employees of the vhf camfacture AG are pleased that they were able to make a meaningful contribution and are sure that their business partners also agree to having contributed to a good cause with the presents intended for them.

Comfortable safety plus due to laser scanner

Chairside milling and grinding of perfect restorations
Scroll to top