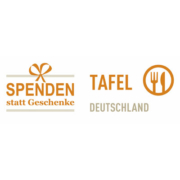 Ammerbuch/Hauppauge, December 17, 2020: Instead of sending presents to customers and partners, vhf donates to charity again this year. With this donation, the milling machine and tool manufacturer would like to support the work of the food banks in Germany, which save around 265,000 tons of food per year, which in turn is given to more than 1.6 million people.

“Showing social responsibility is part of our self-image. We would like to support the volunteer work of the food banks with our contribution, as it is especially important to show solidarity this year,” says Ria Brandenberger, member of the board at vhf, about the company’s commitment.

In 2020, the charity organization is facing special challenges. This is because the Corona-related lockdowns in spring and November led to fewer food donations at the food banks in many places, a decrease in active volunteers and more expenses for protective measures. The food banks in Germany therefore need additional support to cope with the increased workload and the associated costs.

At the same time, the charity organization is seeing a new need for help and a worsening of poverty and social inequality in Germany: people are currently asking for support from the food banks who were not previously dependent on external assistance. These are people who have lost their jobs or part-time jobs due to the Corona pandemic, or self-employed people whose livelihood is at stake due to a drop in orders. In its poverty report 2020, a German welfare association even speaks of a poverty rate at a record high. For this reason, vhf camfacture AG would like to make a solidarity contribution and financially support the Tafeln Deutschland with its annual Christmas donation.

The charity organization not only helps to curb the waste of edible food and to support people in need. Since the association is Germany’s largest food saver, it also makes an important contribution to climate protection by limiting the otherwise huge waste of resources.

About the charity organization Tafeln Deutschland:
The 950 non-profit chapters of the food bank in Germany collect perfectly good surplus food from retailers and manufacturers and regularly distribute it to more than 1.6 million poor people across the country. In doing so, they strike a balance between waste and poverty. With around 60,000 volunteers involved in the food bank, they are one of the largest social-ecological movements in Germany.